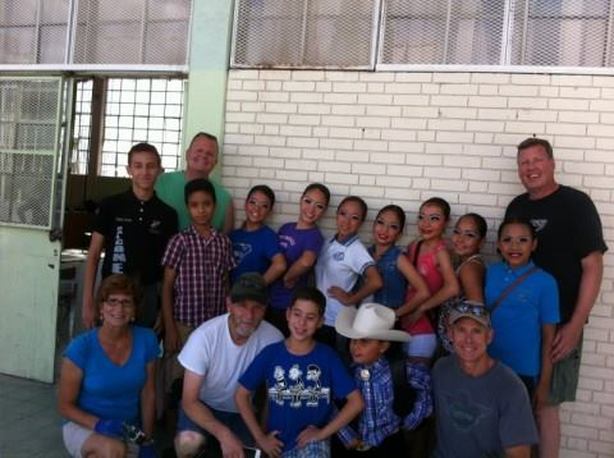 How Can I Join In Frequently Asked Questions

​What if I want to serve on a team with Amigos En Cristo? What opportunities are there if I'm a leader who'd like to bring my own team?
​Contact us: we'd love to have you serve with us or bring your team down! Email Jerry@aecministries.org. Men and women, children through retired adults, have served on teams. Parents or guardians accompany elementary and high school aged team members. College aged groups regularly serve.
What kinds of projects do short term teams do?
​Teams complete a variety of projects which call for a variety of skills but team members don't have to be master carpenters or highly skilled laborers. A great "can do" attitude, paying attention to directions, and good communication skills are a huge asset.

Projects for recent trips include serving at a medical clinic, working with community women sewing and doing crafts, construction of classrooms and dorms, preparing ground for a vegetable garden, helping at one of our partner orphanages, painting and repairs.
Where would I stay?
​Teams of 26 members can stay at La Paz training Center. Larger teams can stay at our New Beginnings community center. Teams of 4 or fewer can stay at the Guest House at Amistad. All locations have kitchen and bathroom facilities
What should I know about serving in Juarez for Amigos en Cristo?
We are a Christian organization committed to serving with Mexican brothers and sisters in Juarez. We are serving in their country. Our customs and traditions are not the same. It’s wise not to make assumptions or draw conclusions about Mexican culture or the people from your experience on a short term trip: good, bad or indifferent.

Wikipedia says: “Juárez's estimated population is 1.5 million people. The city lies on the Rio Grande (Río Bravo del Norte), south of El Paso, Texas. El Paso and Ciudad Juárez comprise the second largest bi-national metropolitan area on the Mexico-United States border (after San Diego–Tijuana), with a combined population of 3 million people.” The areas where we serve are on the outskirts of Juárez just over the U.S/Mexican border.

Wikipedia describes the climate of Juarez this way: “Due to its location in the Chihuahuan Desert, Ciudad Juárez has an arid climate. Seasons are distinct, with hot summers, cold winters and cool springs and fall. Summer average high is 35 °C (95 °F) with lows of 21 °C (70 °F). Winter highs average 14 °C (57 °F) with lows of 0 °C (32 °F). Because of the high altitude Ciudad Juárez is cooler than other desert cities in Mexico. Rainfall is scarce greater in summer. Snowfalls occur once or twice every winter. The record high is 49 °C (120 °F) and the record low is −23 °C (−9 °F). WolframAlpha indicates that the elevation is 6280 feet.” Believe me: you are not in Kansas (or Central Illinois) anymore.

You will probably see some of the bluest skies you’ve ever seen but you won’t see much of Juarez except to drive across the border. See our security plan. (Generally, all of your meals will be at Amigos sites. Teams bring their food and water across the border from El Paso. The communities where we serve are those where local, working class people live. )

For the most part, Amigos staff is Spanish speaking with little English. Pastor Misael and Juan Carlos Caldera speak English. It is always good to think ahead and have someone on your team who can translate.